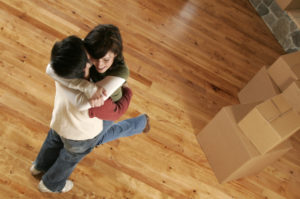 Many homeowners are taking advantage of their higher home values by cashing out and relocating to where jobs are more plentiful. According to Challenger, Gray & Christmas, Inc., a nationwide outplacement firm, home values have risen to a point where previously underwater homeowners are finally able to sell once again. The report states that 2013 may be the busiest year yet for job-specific relocations.

John A. Challenger, CEO of the firm, said, “One factor that has kept unemployment rates high has been the inability of underwater homeowners to relocate for employment opportunities. With home prices bouncing back, even those who may now simply break even on a home sale might consider moving to a region where jobs are more plentiful. This could spark a more rapid decline in the unemployment rate over the next year.”

Unsurprisingly, homeowners are happy to be out from underneath the negative equity that all but handcuffed them to their homes during much of the recession. But employers also stand to benefit from the dearth of skilled employees who can finally move about the country freely and apply for open positions.

For skilled workers around the country who found themselves jobless during the recession, the ability to move to where the jobs are is finally a step toward personal financial recovery. Challenger said, “It is likely that employers in low-unemployment regions are actually struggling to find available workers with the skills needed to fill job openings.”

The Challenger, Gray & Christmas, Inc. report found that 13.3% of people seeking employment each quarter in 2012 relocated for a job opportunity.